It was the weekend of Mother’s Day and our 3rd wedding anniversary, but it was also Philippines’ mid-term election and Game of Thrones penultimate episode of the series’ final season.

Truly a weekend of good times and bad.

My husband unwittingly told me I am already becoming too negative and cynical. Basing on who will be the future senators of our country, who wouldn’t? I am not a Liberal Party supporter and I didn’t vote for all the Otso Diretso candidates. But Bong Go, Imee Marcos, Bato Dela Rosa, Lito Lapid, and Bong Revilla as senators? 🤦‍♀️ Seriously, Philippines. ☹ What dismays me really is not just the “quality” of the Hugpong’s senatoriables (who are either unqualified or plunderers) but their apparent loyalty not to the country but to Pres. Duterte. The Senate is supposed to be an independent body that must ensure check and balance in the legislative, executive, and judiciary powers of the President. Now that’s the Senate, Congress, and Supreme Court are pro-Duterte by majority, we can only guess what will happen next. 😥 #Federalism #DeathPenalty #Divorce #SameSexMarriage #PhilippinesasChinaProperty

(I’m anticipating that there would be no Presidential election come 2022.)

And in the midst of it all, what breaks my heart is seeing my friends and loved ones vote, promote, and defend these kind of politicians. (Even Aljhon is now a “closeted” DDS. Hahahahah 😅☹) Before, I was secretly laughing at those people who unfriend and/or unfollow “friends” at facebook, but now, seeing how they react and celebrate the victory of PDP-Laban and Hugpong ng Pagbabago, I actually unfriended and unfollowed people for the first time! I just can’t handle their “reasoning” and how bad it makes me feel. I even unfriended Aljhon because he promoted Bato Dela Rosa!

But anyway, we celebrated Mother’s Day as a family and that’s what really matters. We served in the Mass, joined Aljhon in his service at Fatima Kalayaan Fiesta, visited Mercado Family (because it was also Ate Heart’s birthday but she wasn’t there), and then had an outing with The Agustins at Ciudad Cristhia 9Waves Resort (on Monday, immediately after voting).

On our Anniversary day, Aljhon, Ella and I went to UP Town Center. We just strolled around and watched Ella be curious with her surroundings.

I need not elaborate how disappointing the last season is turning out because it’s all over the internet. It just breaks my heart (again!) to see how great this series was until they run out of material to copy from the books 😥 But I’m all #TeamDanyforevs and though torching all of King’s Landing is totally unnecessary, I can understand where all the hatred is coming from. What I don’t understand is how Jaime and Cersei died. 💯 lame and non-GOT. But then there’s one last episode left, one last chance to salvage one of the best tv shows ever. *fingers-cross*

What GOT lacks, John Wick: Parabellum suffices. Aljhon seemed to notice my mood so he treated me and we watched the movie together on the first day of screening. And we absolutely got what we paid for.🤘 I’m not an Action film fan (I’m not into movies, tbh) but I really appreciate this particular franchise. The plot is simple but well-thought of and alluring, action sequence is a choreography at its finest, and Keanu Reeves is well, Keanu Reeves (hands-down one of the best).

It was only 4 days, but I got a roller coaster of changing moods and emotions. At first I was happy, but the next moment I was sad. It was both good and bad times. But as I was always saying to my students, these good and bad times always go together. Happiness and sadness are opposites, but partners. One cannot be fully experienced- and appreciated- without the other. So good and bad times it is. And all is well.

P.S. Now please, tell me, am I really negative and cynical?

A 20something professional wishing to fulfill her childhood dream of keeping a decent space in the blogosphere. An all-for-God servant. Also known now as Mrs. Mercado. Still a beloved princess of the King of Kings. View all posts by Sen

2 thoughts on “Of good times and bad” 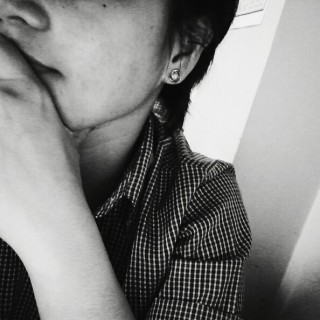 A 20something professional wishing to fulfill her childhood dream of keeping a decent space in the blogosphere. An all-for-God servant. Also known now as Mrs. Mercado. Still a beloved princess of the King of Kings.

God offers you a resting place in His luxurious love. An Oasis awaits when you let go and let God.

Just a city girl trying to live her best life.